Have you ever experienced a time so terrible, so unpredictable, so unprecedented in your life that you felt like it was beyond God’s control? A lot of people have felt that way this year. 2020 has seen the rise of the COVID-19 virus, a global pandemic, a heated presidential election, and many changes in our daily lives. It seems that everyone has lost something this year. Social activities are limited, some organizations and businesses are close for good, even parks and campgrounds were closed for awhile in many places. Some people have lost jobs. Others have lost time at school. Some have even lost their loved ones, or their own lives.

2020 has been a year riddled with fear. Fear of what is happening. Fear of what is to come. Fear of political leaders making the right choices. And as a result, this fear has caused a lot of division among people too. Does it feel like God is too far away?

History has always been one of my favorite topics. Not only are the stories captivating, but the lessons history teach us are priceless. So when I look back to see what history tells us about times like this, I can’t help but think of two examples…

In the Book of Daniel we read about the tyrannical king Nebuchadnezzar, who overtook Jerusalem and the nation of Israel  from about 605-562 BC, and his experiences with a young man named Daniel, who he takes from the captive nation as his slave, along with his friends. Daniel turns out to be a wise and gifted individual, with powers of dream interpretation, visions of the future, and a great faith in God that lends itself to many miracles. Now Nebuchadnezzar has the reputation of being one of the most evil kings in human history. Indeed, I am not sure any political leader we have today could live up to up to this terrible reputation, and my intent is not to make any modern day comparisons here. But here’s the interesting part: God had power over Nebuchadnezzar. He told Nebuchadnezzar in a dream Daniel interpreted for him that he would loose everything, including his mind, and suffer until he acknowledged God was more powerful than him. It says:

“He was driven away from people and given the mind of an animal; he lived with the wild donkeys and ate grass like the ox; and his body was drenched with the dew of heaven, until he acknowledged that the Most High God is sovereign over all kingdoms on earth and sets over them anyone he wishes.” – Daniel 5:21, NIV

God sets over all the nations of earth ANYONE He wants! Remember that no matter who your mayor, your governor, your president, or whoever other nation’s leaders are, God established their authority. Certainly God does not approve of everything they do. All of us our sinners, after all, and don’t always do what is right. But with God’s grace those that seek Him are forgiven, and those in power were put there by God, no matter what it may seem. God is NOT far away from elections and politics of the world.

I know – you’ve probably heard about this one in the news. But society has gone through a rather similar time in our modern history. Nearly 1 in 3 people were infected with the Spanish flu worldwide, and approximately 675,000 Americans died. This flu killed more U.S. soldiers in 1918 than the war time battles did! There was controversy about news not being reported worldwide at first about this flu to keep wartime morale high, and since Spain (a neutral country in WWI) was the only one reporting it for awhile, it became known as the Spanish Flu. Businesses, churches, and theaters were closed. There were even ordinances against spitting in public! Between lack of vaccines and modern medicine, many doctors in the U.S. being overseas due the war, controversial use of Aspirin, and several other factors, this pandemic had devastating results. So many people died that funeral parlors were overrun, and many families had to bury their own loves ones. I can’t imagine the horror, truly. But it does make me feel blessed to live in an era so much better prepared to deal with a pandemic than they were a century ago.

It is easy to hear a bit of bad news, witness problems in our lives, or read theories about why things are not better right now, and think we have it all figured out. But friends, life is so much more complicated than that. It should be humbling, and also comforting, to know that our reasoning is so limited when compared with our great and heavenly God.

I wish I had a specific answer for why things are more difficult than usual now. I don’t. But I do know that God is NOT far away. He IS large and in charge! He is our hope, He is full of love and grace, and He loves you intimately. More closely than anyone you will ever meet, or fall in love with. And He STILL has a purpose for your life, why YOU were made! THAT will NEVER change!

For me personally, there are a lot of things I have to be grateful for in 2020. I have not lost any loved ones. I have been able to continue to work. I’ve not contracted COVID-19. My family has been safe. I’ve had God open so many doors in my life this year. And most of all, I met and married the love of my life. Planning a proposal, a wedding, and a honeymoon, plus all the other life changes that come with marriage, have been a little more difficult to navigate than usual, but it didn’t hold us back from the future God had planned for us. I wouldn’t trade it for the world. So don’t loose heart. Hold on to all the good things in your life. Remind yourself of them every single day. Seek God and His comfort. Focus on the things you can change in your life right now, and give to God the things you can’t. And remember that tomorrow always comes.

For more about the Spanish Flu:

For more about King Nebuchadnezzar, read Book of Daniel in the Holy Bible, and this article: 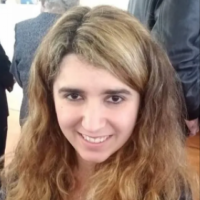